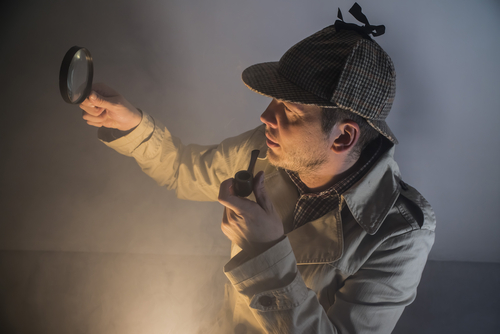 Vardy v Rooney – The Case of the Missing Documents

The case formally known as QB-2020-002028, or Vardy v Rooney or, more colloquially, the “Wagatha Christie Trial” focussed attention on London’s Royal Courts of Justice even more than usual for over a week in May this year.

The claim was brought by Ms Vardy who claimed that she had been defamed by Ms Rooney when the latter suggested (after carrying out her own investigations which led to the “Wagatha Christie” moniker) that Ms Vardy was responsible for leaking information referred to by Ms Rooney on her private Instagram account to, amongst others, the Sun newspaper.

The tabloid press was as fixated on the battle between the wives of two high profile England international footballers, passing comment on the parties’ clothes and bags, and Counsel’s hair and gowns, as much as the finer points of the Defamation Act 2013. Notwithstanding this, Mrs Justice Steyn’s clear and forceful judgment grapples with serious legal issues that draw out wider lessons for litigants and their advisers.

One of these lessons is the importance of document retention. Steyn J devoted almost 40 paragraphs of her judgment to an assessment of the witness and documentary evidence that she considered in reaching her conclusions. One of the key issues that she addressed was the documentary evidence provided by Ms Vardy or, indeed, the lack of it.

There three developments which caused a material gap in the documentary evidence that could be considered by the Court.

Firstly, certain media files, including images, sent in WhatsApp chats involving Ms Vardy and her agent, Ms Watt were, according to Ms Vardy, lost during the process of preserving those documents for the purposes of the litigation.

Secondly, a laptop owned by Ms Vardy (which was said to have contained back-ups of the WhatsApp chat media files referred to above) was destroyed prior to trial having apparently broken beyond repair.

Taken together, these three events resulted in the complete loss of the original WhatsApp messages exchanged between Ms Vardy and Ms Watt. Only a text file was available to the Court, with no images or other media messages and no way of knowing whether any messages had been deleted.

Steyn J looked at the matters in the round and ultimately concluded that Ms Vardy, together with Ms Watt, had deleted the WhatsApp messages, such deletion happening after such time as they should have been preserved for disclosure. Steyn J held that she was permitted to draw adverse inferences as to the content of that evidence, in light of the 1721 case of Armorie v Delamirie.

The key takeaway from this aspect of Steyn J’s judgment is that it is essential for parties to English litigation to preserve potentially relevant documents. Not only will it be open to the Court to draw adverse inferences from the lack of documentation (whether the missing documentation was in fact damaging or not) but, perhaps even more crucially, a failure to preserve documentation (especially one which is seen to be deliberate) may strike a crushing blow to the overall credibility of a party to litigation. Ms Vardy was described by Steyn J as a witness whose evidence needed to be treated “with very considerable caution” – a conclusion no doubt supported by the fate of the missing WhatsApps.

A final, perhaps more mundane point for parties to note, is that this case is a useful reminder that the definition of “document” for the purposes of disclosure in English litigation is very wide. Whilst parties are used to checking hard copy materials and searching email accounts, the proliferation of communication by messaging services such as WhatsApp should not be discounted. It is important that parties ensure that all potentially relevant data sources are protected and, on the other hand, parties should be clear to request that their opposing parties interrogate all potentially relevant data sources in order to avoid missing out on seeing the full picture.