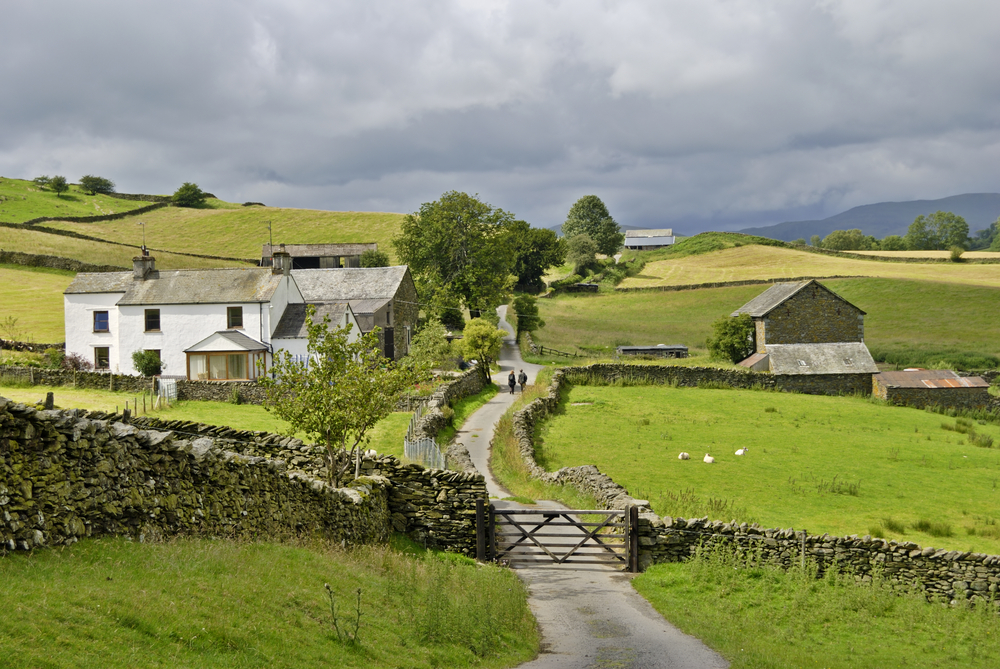 While family litigation cannot always be avoided it is often brought about because of things said, or implied, or misunderstood.  This is particularly so in farming families, where grandparents, parents and children live and work together with the expectation that this will always be the case for generations to come.  Assumptions are made as to what will happen as the generations pass and while in many cases the family achieves what everyone expects and the ownership of the farm moves from one generation to the next, that is not always so.

In many families there may be confusion as to who owns what.  Families often work farming operations through farming partnerships or companies.  It may be assumed that a field or farm is owned by a particular family member and colloquially it may be referred to as say “John’s field” when in fact it is a partnership asset or owned by the farming company. This form of shorthand can lead to confusion but is usually only a problem when a dispute arises either on the divorce or death of one of the farmers.

If facing divorce, the farmer is required to set out their assets and sources of income.  Their spouse will want to maximise the extent of assets to enhance their claim against the farmer. On death the farmer’s executors must quantify the farmer’s estate to calculate its liability to inheritance tax.

Rather than a belligerent spouse or HMRC the family may be in dispute with each other.  Often the younger generational farmer having worked on the farm has expectations that in the fullness of time they will inherit the family farm and continue the farming operation.  Where those expectations are not met, the disappointment can translate into years of litigation for the family.

On 19 October 2022 the Supreme Court handed down judgment in the case of Guest and another v Guest [2022]UK SC 27 bringing to a conclusion litigation endured by the Guest family since 2017.

Tump Farm, a working dairy farm near Chepstow in Monmouthshire has been farmed by members of the Guest family for three generations The parents of the first appellant David Guest originally leased the farm in 1938, but when his father died in 1964 David and his mother purchased it and operated the farm through a farming partnership.  In the same year David married Josephine, the second appellant and by 1992 after David’s mother died Josephine joined the partnership.  David and Josephine had three children, Andrew, Jan and Ross.

Andrew left school in 1982 aged 16 years old and worked on the farm until 2015, a period of 33 years, when relations between him and his parents broke down.

Indeed, before relations soured David and Josephine made wills in 1981 providing for Andrew and his brother Ross, who also farmed, to inherit equally 80% of their estates, while their sister Jan received 20%.  She was not a farmer.

In 1999 David was advised by his doctors to take things easier.  He also discussed the succession of the farm with his solicitors and accountants.  As a result of that Andrew and Ross were brought into the partnership, with each having a 40% share.  David and Josephine each retained 10%.  The land and buildings were in David and Josephine’s names, but they granted to the partnership a Farm Business Tenancy for all except the farmhouse, which they occupied.

Although David and Josephine subsequently had advice around placing the land into a partnership with all four of them, that did not proceed because David was concerned that if either son had matrimonial problems, the assets might be at risk from a belligerent spouse.

In 2014 David and Josephine changed their wills to exclude Andrew and the following year they dissolved their farming partnership with Andrew and gave him notice to quit the cottage he occupied on the farm.

In 2017 he issued proceedings against his parents seeking a beneficial interest in Tump Farm under the principle of proprietary estoppel and for a declaration of entitlement to reside in the cottage on the farm that he occupied before the dispute arose.

A claim for proprietary estoppel arises when one person (A) promises to the other (B) that they will be given an interest in property, and (B) relying on that promise acts to their detriment.

At first instance, HHJ Russen KC sitting as a High Court judge awarded Andrew 50% of the net value of the farming business and 40% of the net value of Tump Farm subject to a life interest in the farmhouse in favour of the parents.  It was likely the farm would have to be sold to pay Andrew the lump sums.

David and Josephine’s appealed to the Court of Appeal arguing that the judge erred by assessing the claim based on Andrew’s expected inheritance.  Instead, it should have been based on his contribution or his lost opportunity to work elsewhere. The award also accelerated his expected inheritance, as he had not expected a share in the farm until his parents had died.  The appeal was unsuccessful and the case advanced to the Supreme Court.  Here Lord Briggs retold the story of the farmer’s son told “one day my son, all this will be yours”, words repeated over the years. When David and Andrew argued about operational issues, David would shut down disagreements by saying “it’s my farm, when you take over you can do what you want”. Andrew relied on the promise of inheritance, and in return spent most of his working life on the farm, receiving low wages and accommodated in a farm cottage.  His case was he did that in the expectation he would inherit a sufficient part of the farm, continue farming there and in due course pass the farm down the generation to his children.

The Supreme Court allowed the appeal in part.  Lord Briggs correctly identified that there was no contract to enforce between Andrew and his parents, nor was the farm in trust and the Inheritance (Provision for Family and Dependents) Act 1975 could not assist.  Accordingly, the court must have recourse to equitable principles.  One of the main functions of equity is to put right injustice, by restraining the application of legal rules which would be unconscionable.  The rule that a promise is not enforceable unless it is part of a contract and, the rule that one is free to change their will meant that the parents could renege on the promise.  However, equity may provide a remedy of proprietary estoppel, if the promise was to confer property on the promisee, who acted to their detriment by relying on the promise. Equitable remedies are discretionary and are usually more flexible than common law remedies. The court may require the promise to be performed in whole or part or it might be that the promise is no longer capable of being met.  Lord Briggs confirmed that this remedy is to prevent one person reneging on a promise upon which the other has relied to their detriment, or to compensate them.  He rejected the argument that the remedy was to compensate for the detriment suffered by the promisee.

Lord Briggs said the court should determine whether reneging on the promise was unconscionable.  If it was, the simplest remedy was to enforce the promise but if that is not possible for example because the property has been sold or if a transfer of it would be unjust to others, alternative courses of action e.g., monetary compensation should be considered.  If that would be disproportionate to the detriment suffered, then the court should limit the remedy, including applying a discount for accelerated receipt.  In this case Andrew was seeking compensation for a promise which if performed meant he would not inherit until his parents passed away.

The parents had argued that the trial judge was wrong to assess the case based on Andrew’s expected inheritance.  While Lord Briggs disagreed with the parents, he held that the discount applied was insufficient.

Lord Briggs held that the parents could either put the farm into trust for the children, subject to them retaining a life interest, or alternatively make an immediate lump sum payment to Andrew in line with what the trial judge had said, but with a discount to reflect the early receipt.

Lord Leggatt gave a dissenting judgment and considered that the correct approach was to award a remedy to the party who relied upon the promise which does all that is necessary, but no more than that, to prevent them from suffering detriment.  The court should, he said, enforce the promise, or to order payment to put them in the position had the promise been performed or to award compensation to put them in a similar position as if they had not relied on the promise.

The majority of the Supreme Court held that the starting point is to uphold the promise, but the advantage of an equitable remedy such as proprietary estoppel is to adapt a remedy appropriate to the facts of the case.

Jacqueline Fitzgerald is a Partner at Grosvenor Law and deals with all areas of family law.